Web influence is a marketing phenomenon that is growing in scale. And unsurprisingly, social networks have been stormed by these new generation marketers. Today, we have chosen to focus on influencers working on instagram and twitter. Is the market of influence really buoyant on these two social networks? What interests do advertisers find in using these influencers? Can you really make a dejust living by becoming an instagram influencer or a twitter influence?

At the origin of this epic is the success that this social network has had with users around the world. Indeed, the success of Instagram has been illustrated by a huge influx.

Currently, there are several hundred million users worldwide. These staggering figures immediately tickled the companies who quickly understood the interest in advertising to a target as many as varied. And that’s when the instagram influencers started to get the wind in their sails.

Classic advertising is certainly effective, but there is still a rate of loss of the message that often exceeds 10, while with instagram influencers, the message passes more easily. This is because the targets naturally identify with influencers. So we have a better chance of selling a “fitness watch” model by making Cristiano Ronaldo appear on instagram with this model of watch. 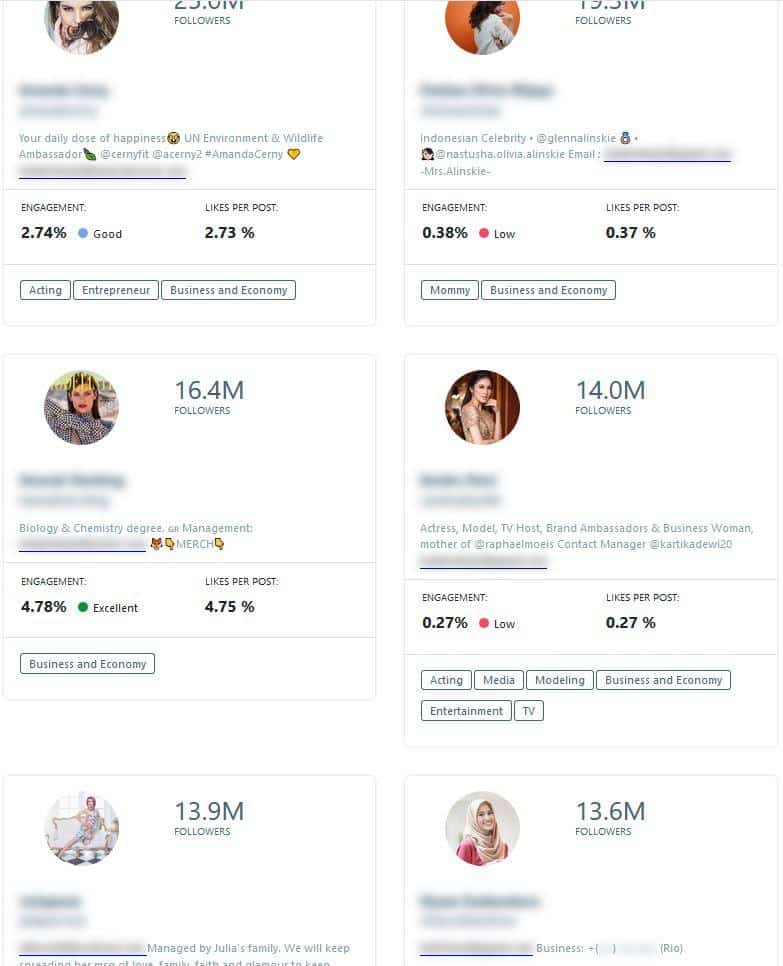 It varies according to several criteria.

What do companies rely on to pay influencers?

The main criterion is the number of subscribers held by the influence instagram. When the influencer has 10,000 subscribers, the standard rate is to pay $100 for a publication. But other criteria can intervene and thus increase the bill:

Also known as “micro influencers,” these people have a number of subscribers not exceeding the 100,000 followers mark. Although this number between 10,000 and 100,000 subscribers does not look huge, the influencer stakes can still pocket up to $300 for a single post. And depending on the brand employing the influence, this price may be significantly lower or higher.

On twitter, as on instagram or facebook, many influencers have made a name for themselves and a journey. But of course, it didn’t happen overnight. Some strategies had to be adopted.

The first tool of twitter influencers is quality content. Posts posted on twitter are short so words should be well chosen by influencers. Then comes the interaction with the subscribers, an interaction where the influence places himself as someone mastering the subject. This is important as it allows subscribers to retweet. And retweets can lead to further retweets. It is with this in mind that the “haschtag” has become an effective tool for twitter influencers as part of their activities. Moreover, when we take the example of those who seek content in relation to a theme, they will do their research on a haschtag. A good twitter influencer will know: first, create a quality haschtag denoting the product he defs, then in a second, use the keywords that will be present in his publications.

This choice can be made according to different criteria.

When brands search for twitter influencers, several benchmarks can be used:

The blue badge (which is the symbol on certified twitter profiles) reassures subscribers about the credibility of the influence in his area of expertise.

While twitter and instagram influencers appear to be only there to share photos or videos about marketed products, some brands are asking for deeper involvement in the promotional campaign. In this case, the influencer will then be asked to give marketing ideas that can help give a boost to the campaign. For example: draw lots from subscribers who will be filmed testing the product.